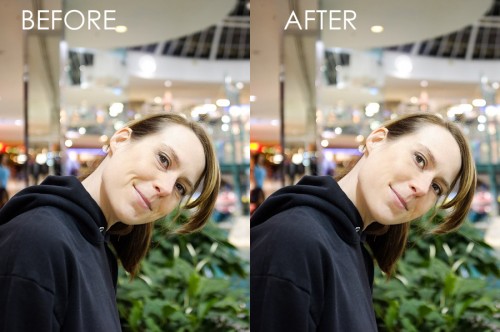 While I have been using Adobe Photoshop for over 15 years doing mostly non-portrait editing work, I have become lazy in portrait photography due to Adobe Photoshop Lightroom allowing me to achieve 95% of what I need for amazing photos. My typical portrait workflow ends in Lightroom once the exposure and color tones are to my liking. I have not bothered to go in and cleanup facial features using Photoshop for many years now.

Just recently, I discovered creativeLIVE classrooms through the local Edmonton photography Meetup group. Today, I watched 30 minutes of glamor photography live with Sue Bryce and was blown away by the simplicity of her workflow in Photoshop itself. In her classroom, she predominantly used three tools in Photoshop for 90% of her workflow, which allowed her to edit most photos in just under 2 minutes. I quickly tried that technique myself on a photo taken yesterday.

The main tools used in her workshop were as follows (with her settings shown) and their use is explained further later in this post:

Cloning was used to take away wrinkles and other unsightly blemishes from the skin. It is pretty straight forward to use the tool by following the flow of light on the face. However, care must be taken so that the shape and features of the face are not drastically altered when using this tool. In a more extreme case, this tool could also be used to soften many of wrinkles or freckles on the model. The goal here is not to hide or eliminate these distinguishing features, but rather, to soften them so as to take attention away from them.

Mostly used to bring some pop into the eyes and makeup, this tool was used to make the whites of the eyes whiter and the color in the cornea brighter and more captivating. If the model is wearing eye-liner, then the burn tool could be used to darken those eye lines as well.

With a lime or light green swatch, the brush tool was used by Sue to neutralize the reds in the eyes and any other areas where reds are undesirable. There are many other more complex ways to achieve this in Photoshop, but Sue used her background in photo touch-ups and color mixing to do this.

The warp tool was used to adjust body shape and feature lines. While many fashion and portrait photographers have used Photoshop’s Liquify tool, Sue showed a technique where the area to be transformed is selected, copied to a new layer, and warped to tweak the shape. Sue used this feature many times to make the contour of the arms more pleasing, especially when the model’s pose made the arm look larger than it actually was. Once warped, Sue looked for any unsightly edges and feathered it in with the layer below by using the eraser tool.

The before and after photo (above) showing the results of using just some of the techniques in the Creative Live classroom. This editing took literally 30 seconds from start to finish, but look at how much more pleasing the results are. Below are larger photos of the work I did so that you can pixel-peep. 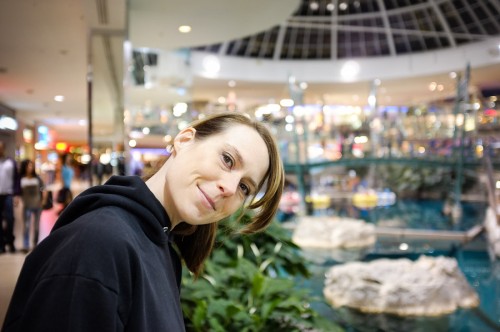 In the photo below, you will see that: 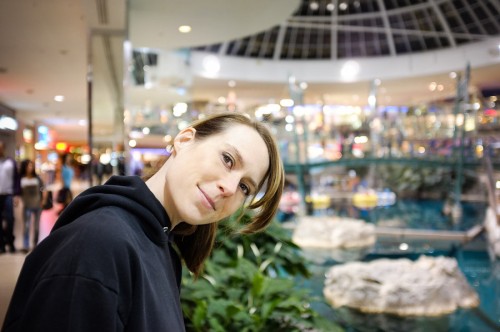