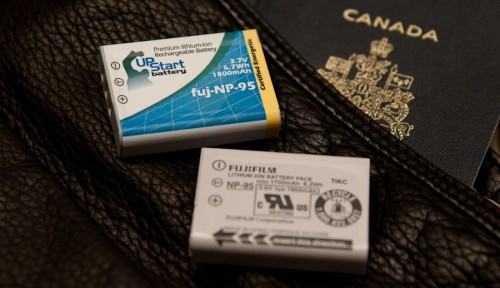 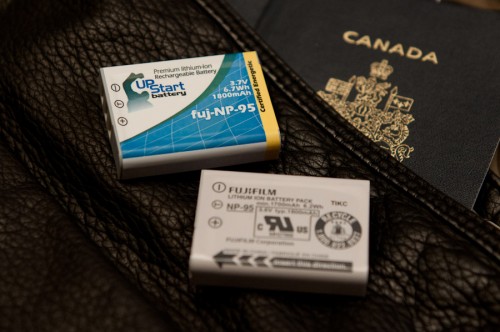 The NP-95 battery for the Fuji X100 is good for about 200-300 photos depending on whether you use the LCD or chimp your photos frequently by previewing the LCD. Those who utilize all the power-saving options and stay away from the LCD might be able to push 500 photos under ideal conditions. Therefore, a spare battery for the Fuji X100 is a must-have, but paying almost 10% of the price of the camera ($90) for an FujiFilm OEM NP-95 battery is not reasonable for me.

END_OF_DOCUMENT_TOKEN_TO_BE_REPLACED

This past weekend, Bambi Cantrell joined CreativeLIVE to host a Posing Masterclass to teach us aspiring photographers how the professionals are able to capture great photos through the art of posing. The key to Bambi’s success is the fact that she understands that photography is more than having strong technical skills behind the camera. If you caught Bambi’s workshop, you would have learned that her ability to lead and direct her subjects can change a good picture into a great picture.

END_OF_DOCUMENT_TOKEN_TO_BE_REPLACED

While I have been using Adobe Photoshop for over 15 years doing mostly non-portrait editing work, I have become lazy in portrait photography due to Adobe Photoshop Lightroom allowing me to achieve 95% of what I need for amazing photos. My typical portrait workflow ends in Lightroom once the exposure and color tones are to my liking. I have not bothered to go in and cleanup facial features using Photoshop for many years now.

END_OF_DOCUMENT_TOKEN_TO_BE_REPLACED 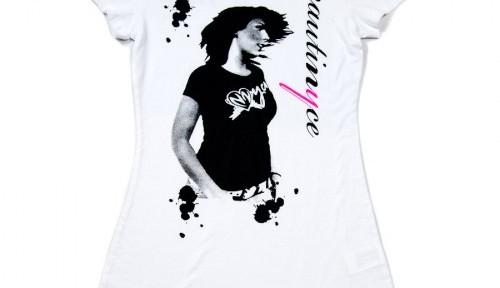 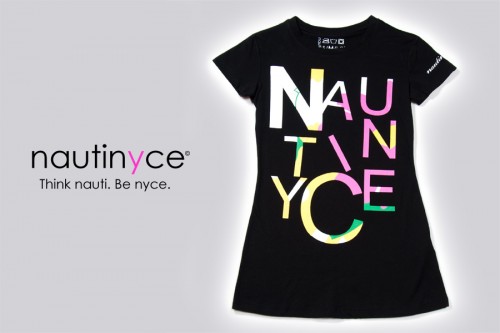 After my successful Bathroom Products Photography attempt, I was thinking of the next series of photos I could take using items found around the house. I needed a subject that would be colorful and bring lots of contrast to the photo. I decided that photographing my colorful t-shirts would give me exactly what I needed. So I went ahead and started planning how to do this to achieve a seamless white background. Coincidentally, a local business contacted me at the same time about wanting this type of commercial product photography. So I took the job to deliver 52 photos of t-shirts (front/back, male/female, six colors, four designs). Yeah, that is A LOT of shirts. Total time for the job including setup and post-production was 6 hours.

END_OF_DOCUMENT_TOKEN_TO_BE_REPLACED 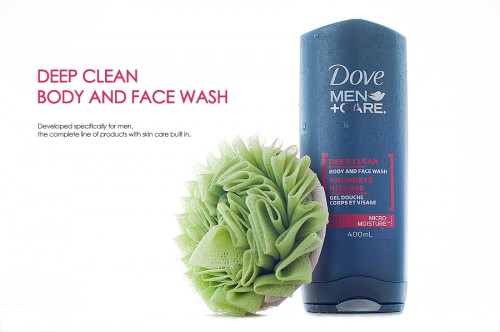 I hear hobby / amateur / wannabe-pro photographers make excuses all the time that they need to go out and shoot more to improve their skills. You do not have to leave your warm (or cool house depending on where you live) to take great photos.

END_OF_DOCUMENT_TOKEN_TO_BE_REPLACED 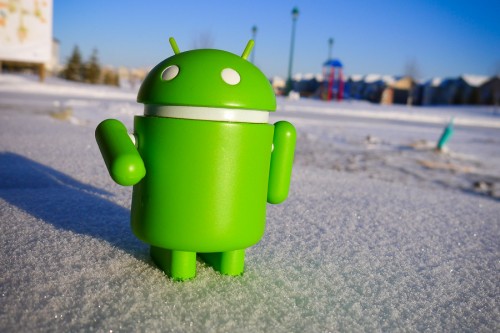 What the heck? Yes, you heard me. Forget your subject, it is not the silver bullet that makes your photos amazing. A good subject paired with a great background is what really establishes the scene and mood of your photos. Heck, the background could even be considered the key part of your story, the plot if you will.

When I am out on a photography meetup, I notice most of my meetup friends looking for a great subject to photograph. I don’t blame them and there’s nothing wrong with that approach. But when you are outside with a group of 20 photographers, you can bet that many will shoot the same interesting subject. If one photographer points at something, 5 others will point at it at some point.

However, when I am out shooting, I look for the background first. Why? Because the background fills 100% of your frame and has a greater presence in your photo. Once you found the background that is truly stunning, you can easily find something in the foreground to add a subject.

There are many times when I am out on a mission to take a great photo, I find that there is nothing interesting to photograph. That is because I am looking for a subject, not a background. And what if there is nothing in the foreground to incorporate into your photo? Well, just improvise. Use your hands or a twig on the ground. I make it a habit of bringing with me 3-inch tall action figures which I can incorporate into the scene. They are cheap, inexpensive and can be found anywhere. Sometimes, they even add a comical relief to your photos (as shown above).

So the next time you are out shooting, look for a background and add a subject later. You can even make a subject into the background by playing with a shallow depth of field (DOF) as shown above. 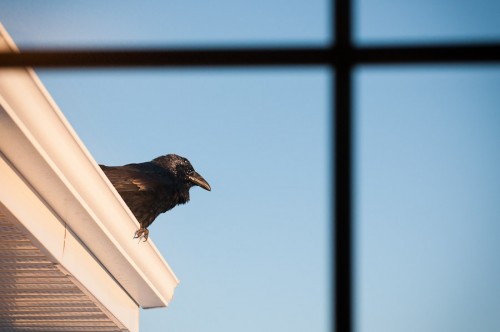 Is it beside you, easily accessible? Is the battery charged? Is your memory card empty?

I am a photographer that loves to be ready as you never know when the moment will strike where you need your camera. It doesn’t matter what camera you pick up, as long as the moment is special, capturing it with any type of camera is better than none at all. In a related post, I talked about reaching for the nearest camera, which is the best tool you could have at the moment. 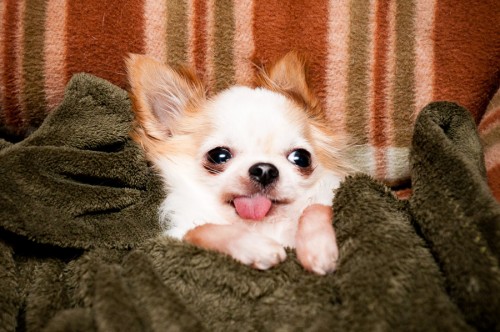 A special moment hits in split seconds. When you recognize something worth capturing, it takes only split seconds for that moment to erode. When you reach for the closest camera, turn it on and take the shot. Don’t worry about settings or exposure or even focus. It takes merely 2 seconds for the camera to boot up and fire the first shot. After that, you can look at your settings and adjust it for the situation as needed. Too many times, people worry about their settings and by the time they are done fiddling with their camera, the moment is lost. You never know when a photographic opportunity awaits you.

. Most of my photos are taken with it because it takes no time to boot up and the photos taken by its “Intelligent Auto (iA)” mode is spot on, sharp, dynamically bright, and amazing overall. 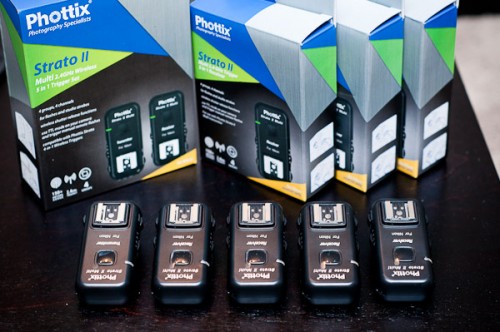 Disclaimer: In no way do I claim myself to be an expert in photography equipment or lighting. I don’t really know how they work technologically like an engineer, but I know which settings to modify on my camera and flash to achieve the desired results without understanding the nitty-gritty details of the technology. I’m a point and shoot kind of photographer and as long as it gives me great photos, I don’t care.

For the last three years, I have been sporting the Cactus V4 Wireless Flash Trigger sold by Gadget Infinity. When I purchased them almost 3 years ago, I really didn’t know what to look for in a wireless trigger so I picked the one recommended by the Strobist blog since, apparently, that is what people were recommending for a cheap/eBay trigger. When they arrived, I fired off a few test shots, confirmed that they worked while the strobes were sitting on my laps and called it a day never touching it again for another 3 years. Little did I, know 3 years later, when trying to use these Cactus triggers that one of the triggers has a really poor range of 2 feet. I later resolved this problem by using quality alkaline batteries instead of rechargeable NiMH batteries. Apparently, 1.2 Volts of the rechargeable versus the 1.5 Volts of a regular alkaline cell made an enormous difference in the performance of the Cactus V4 receivers. But too bad, I had already ordered a new set of wireless triggers from Phottix, known as the Strato II.

At the time, the Cactus V5 Wireless Trigger was out and featured a transceiver type design found in the higher-end wireless triggers such as the PocketWizard Plus II, but costing nearly a quarter of the price of the PocketWizards. With a transceiver design, each unit can act as both a transmitter and a receiver, hence the term transceiver. The benefit of a transceiver design is that when a unit fails while on a shoot, you could easily replace the faulty unit with any other unit. This is a big improvement from the older Cactus V4 design, which featured a separate transmitter and receiver units. Another benefit of the transceiver design was the availability of a hot shoe which could be used to attach a flash while the ‘transmitter’ was mounted on the camera hot shoe. This was my biggest gripe with the Cactus V4 because I wanted to be able to trigger remote flashes, while still keeping a flash mounted on top of my camera. The Cactus V5 solved that problem for me. However, there was one problem: The Cactus V5 did not transmit TTL information from the body to the flash if there was a transceiver mounted in between the two. For my casual event photography, this was important to me. I wanted to have 2 remote flashes pointed at the dance floor and another flash on my camera body for artificial light. While the cactus allowed me to do this, albeit in manual mode, I wanted a solution that allowed for TTL pass through while the flash was mounted atop the wireless transmitter on the body.

In comes the Phottix Strato II Multi 5-in-1 Wireless Flash Trigger to the rescue. It features wireless flash triggering with the ability to pass through TTL information if the flash is mounted on the camera. This is exactly what I needed. However, the unit is not a transceiver type design like the Cactus V5s allowing you to use any of the modules as a transmitter or receiver interchangeably. The Phottix Strato II features a separate transmitter and a separate receiver module. The disadvantage of this design is that your entire flash system has a single point of failure, your transmitter. That being said, the Phottix system is priced significantly more expensive than its Cactus counterparts. At nearly twice the price, one would expect the system to be reliable in both longevity and triggering. My decision to purchase the Phottix Strato II was based solely on the pass through TTL feature.

The transmitter and receiver units appear to be solidly built and the plastic feels to be quite thick, relative to the feeling I get when holding the Cactus V4 triggers. The hot shoe of the transmitter is metal, while the rest receivers were given a molded plastic shoe. The Photix Strato II provides both a channel (1-4) and zone (A-D) selectors. The channel selector is useful if other photographers are using the same triggers or there are interfering equipment nearby running on the same radio frequency. The zones allows you to control which zones fire when the zones are turned on from the back of the transmitter. I also use the zones to keep track and label my receivers. Since I have four receivers, each of my receiver is in a separate zone. I use try to rotate my receivers as frequently as possible to avoid prematurely aging the components of just one receiver. The zones also allow me to setup all my strobes throughout my scene and then selectively turn off certain strobes as I try to achieve a different effect. Finally, the range is more than adequate for my needs. I was able to fire my flashes from a distance of 140-ft away, which is plenty far enough for most photographers doing local strobist work. I can understand wedding photographers needing more range to light up the dance floor in a larger venue.

The Phottix Strato II receivers (for my Nikon) is a great piece of technology for any photographer. I don’t personally see the need for more expensive PocketWizards as my early tests have proven that the Phottix units can fire reliably 100% of the time. If you are in search for a wireless trigger, I don’t think you can go wrong with the Phottix units, or any of the other low-end units for that matter. It is best that you understand your needs and pick the features that works best for you. For me, it was important that I had a hot shoe TTL pass through. For others, having the flexibility of a transciever design or universal use (Canon, Nikon, Pentax) might be more important for you.